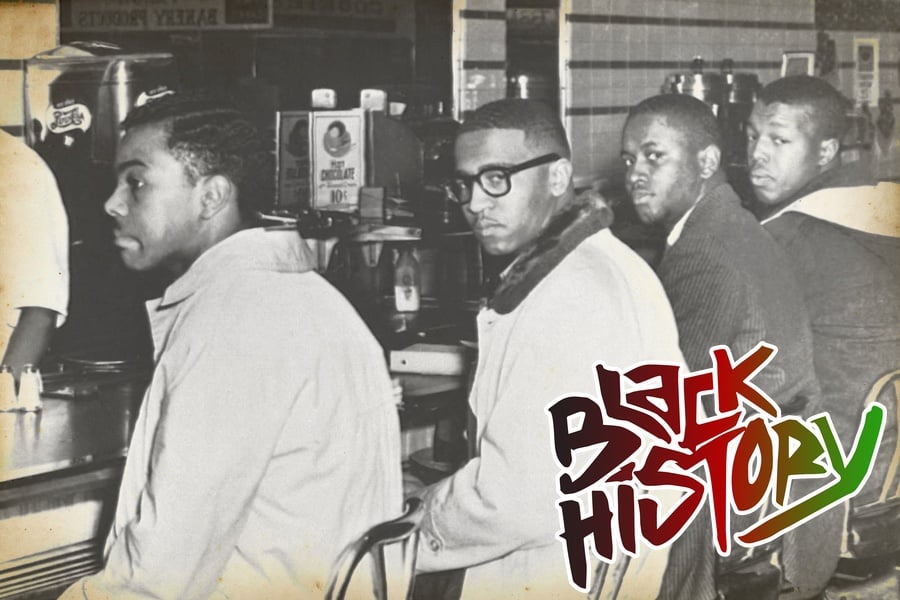 February 1, 2020, was the 60th anniversary of what has come to be known as The Greensboro Sit-Ins. This was a student-led, non-violent protest in Greensboro, North Carolina that began when four African American students staged a sit-in at a segregated lunch counter at Woolworth’s. After being denied service due to the color of their skin, they refused to leave, leading to the birth of a movement. The sit-in movement soon spread to college towns throughout the South - 13 states and 55 cities! Though many of the protesters were arrested for trespassing, disorderly conduct or disturbing the peace, their actions made an immediate and lasting impact, forcing Woolworth’s and other establishments to change their segregationist policies.

Sixty years ago today, the Greensboro Four stood up to injustice by sitting down at a lunch counter. Our journey is full of such stories; of acts of patriotic protest that challenge this country we love to live up to our highest ideals, however long it takes. #BlackHistoryMonth

The Greensboro Four were four young black men who staged the first sit-in at Greensboro: Ezell Blair Jr., David Richmond, Franklin McCain, and Joseph McNeil. All four were students from North Carolina Agricultural and Technical College. They were influenced by the non-violent tactics of Gandhi and Martin Luther King Jr., as well as the successes of the Freedom Rides that led to interstate bus travel being desegregated by the Supreme Court.

Blair, Richmond, McCain and McNeil planned their protest carefully, and enlisted the help of a local white businessman, Ralph Johns, to put their plan into action.

On February 1, 1960, the students sat down at the lunch counter at the Woolworth’s in downtown Greensboro, where the official policy was to refuse service to anyone but whites. Since they refused to leave, the police were called but were unable to take action due to the lack of provocation. By that time, Johns had already alerted the local media, who had arrived in full force to cover the events on television. The Greensboro Four stayed put until the store closed, then returned the next day with more students from local colleges.

By February 5, some 300 students had joined the protest at Woolworth’s, paralyzing the lunch counter and other local businesses.

Heavy television coverage of the Greensboro sit-ins sparked a movement that spread quickly throughout the country, as young black and white students joined in various forms of peaceful protest against segregation in libraries, beaches, hotels, and other establishments. Though many were arrested for trespassing, disorderly conduct, or disturbing the peace, media coverage of the sit-ins brought increasing attention to the civil rights movement.

In response to the success of the sit-in movement, dining facilities across the South were being integrated by the summer of 1960! At the end of July, the Greensboro Woolworth’s integrated its lunch counter. Four black Woolworth’s employees—Geneva Tisdale, Susie Morrison, Anetha Jones, and Charles Best—were the first to be served.

Due to the success sit-in movement, the Student Nonviolent Coordinating Committee (SNCC) was founded in Raleigh, North Carolina, in April 1960.

Over the next few years, SNCC served as one of the leading forces in the civil rights movement, organizing Freedom Rides through the South in 1961 and the historic March on Washington in 1963, at which Martin Luther King Jr. gave his famous “I Have a Dream” speech.

SNCC worked alongside the National Association for the Advancement of Colored People (NAACP) to push passage of the Civil Rights Act of 1964, and would later mount an organized resistance to the Vietnam War.

We at RapidWristbands are thankful for the bravery shown by these students, and so proud of the progress that was made in our country as a result of their actions. May we all be so resolute and brave when our time to stand comes.