January was first declared as National Slavery and Human Trafficking Prevention Month in 2010.
Since then, January has been a time to acknowledge those experiencing enslavement and those who have escaped.
Although slavery is commonly thought to be a thing of the past, human traffickers generate hundreds of billions of dollars in profits by trapping millions of people in horrific situations around the world, including here in the U.S.

What Is Human Trafficking?

Human trafficking is modern-day slavery. It involves the use of force, fraud, or coercion to obtain human labor or commercial sex act. Victims of trafficking can be anyone and live anywhere. (1)

Communities that experience hardships such as adversity, violence, discrimination, economic vulnerability, high crime rates, or dependence may be easy prey for traffickers. (2)

It is our goal to prevent these heinous acts by raising human trafficking awareness.

Facts and Statistics about Human Trafficking 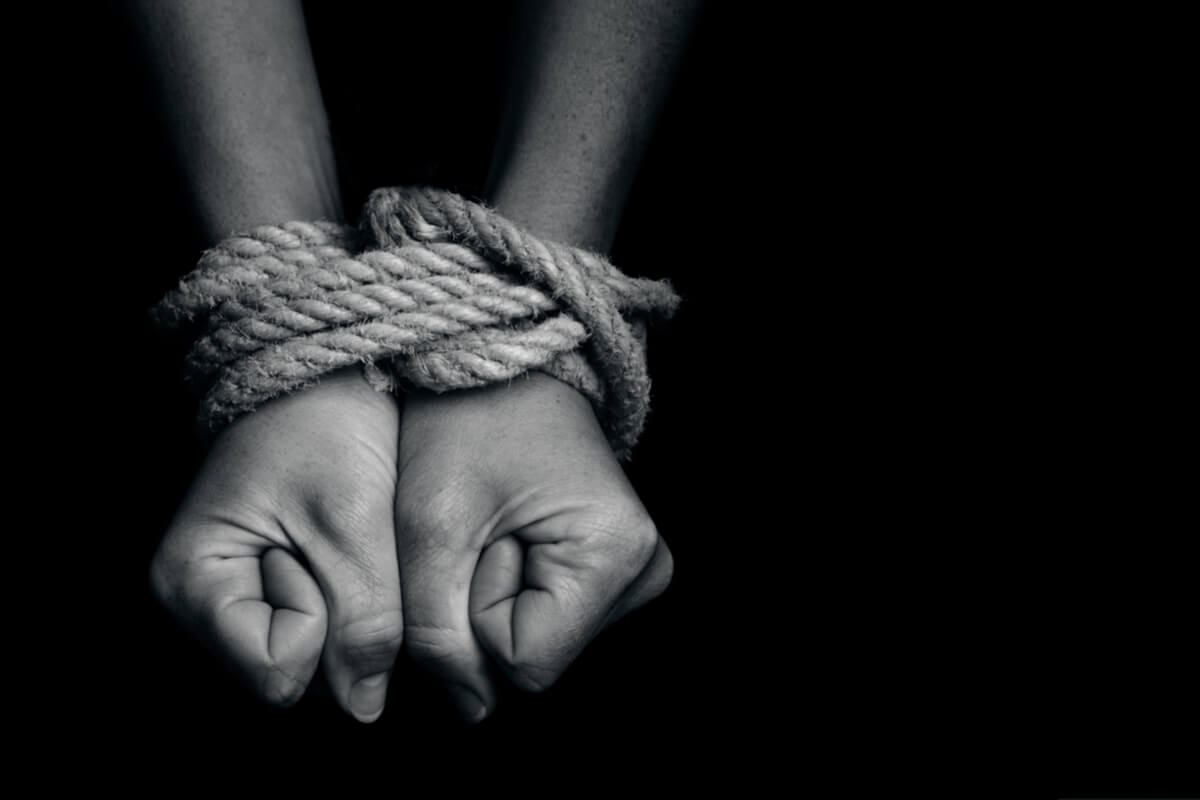 There are six kinds of human trafficking:

Employees working in private homes are forced or coerced into serving and/or fraudulently convinced that they have no option to leave. (4)

43% of victims are trafficked domestically within national borders. (3)

Women, men, or children that are forced into the commercial sex industry and held against their will by force, fraud, or coercion. (4)

Human beings are forced to work under the threat of violence and for no pay. These slaves are treated as property and exploited to create a product for commercial sale. (4)

Individuals that are compelled to work in order to repay a debt and unable to leave until the debt is repaid. It is the most common form of enslavement in the world. (4)

Any enslavement — whether forced labor, domestic servitude, bonded labor, or sex trafficking — of a child. (4)

Women and children who are forced to marry another without their consent or against their will. (4)

There are approximately 20 to 30 million slaves in the world today.

According to the U.S. State Department, 600 - 800 thousand people are trafficked across international border every year, of which 80% are female and half are children. (3)

This list is not exhaustive and represents only a selection of possible indicators. The red flags in this list may not be present in all trafficking cases.

According to federal law, any minor under the age of 18 engaging in commercial sex is a victim of sex trafficking, regardless of the presence of force, fraud, or coercion. (8)

The root cause of human trafficking are traffickers. They are able to identify their next victim through circumstances of poverty, unemployment, displacement, lack of knowledge/experience, broken families, and even cultural practices. (9)

It’s no question as to why main metropolitan areas are a hub for traffickers, considering poverty, displacement, and unemployment occurs more often in high-volume cities.

The main thing we can do is raise awareness. It’s vital that we encourage many people to get involved to end human trafficking.

Here are ways to bring awareness against human traffic:

Spread the word about human trafficking and encourage your networks to get involved on social media. Popular hashtags are #humantraffickingawareness #endit #humanrights #enditmovement #modernslavery

Prevention is key. The most effective way to prevent human trafficking is to raise awareness everywhere about the tricks traffickers use to find and exploit vulnerable people. Anyone can help with this effort. Talk to your co-workers, fellow church members, neighbors, family, and friends about the reality of modern slavery. Join local organizations and volunteer your time. Donate money to groups educating the public.Speak up at school board meetings, insisting that children are taught what to look for.

Know what are the red flags or indicators of potential human trafficking and contact the National Human Trafficking Resource Center at 1 (888) 373-7888.

Contact your government and let them know you are serious about ending human trafficking.

Volunteer or Get Involved

Get with a local anti-trafficking organization in your area.

Join the United Way movement to end human trafficking. Text END SLAVERY to 51555 to learn how you can be a champion for the cause.

Whether it is the clothes we wear, the coffee we drink, or the phones we use to communicate, products that we use or consume every day may have been produced with trafficked or slave labor. Learn how slavery may be touching your everyday life.

There are other days around the world that are used to raise awareness:

How do we observe National Slavery and Human Trafficking Prevention Month? With a custom wristband!

Purchase anti-trafficking wristbands to wear and hand out to raise awareness.

Don’t hesitate to reach out to us to get your own wristband for this cause. Just click the button below to order!

At the end of the day, we, as Rapid Wristbands and as a society, have one main goal - to raise awareness about human trafficking and end it for once and for all.

We can help you design your human trafficking custom wristband to raise awareness year-round, or in coordination with these national and international efforts.

What Is Human Trafficking (1)