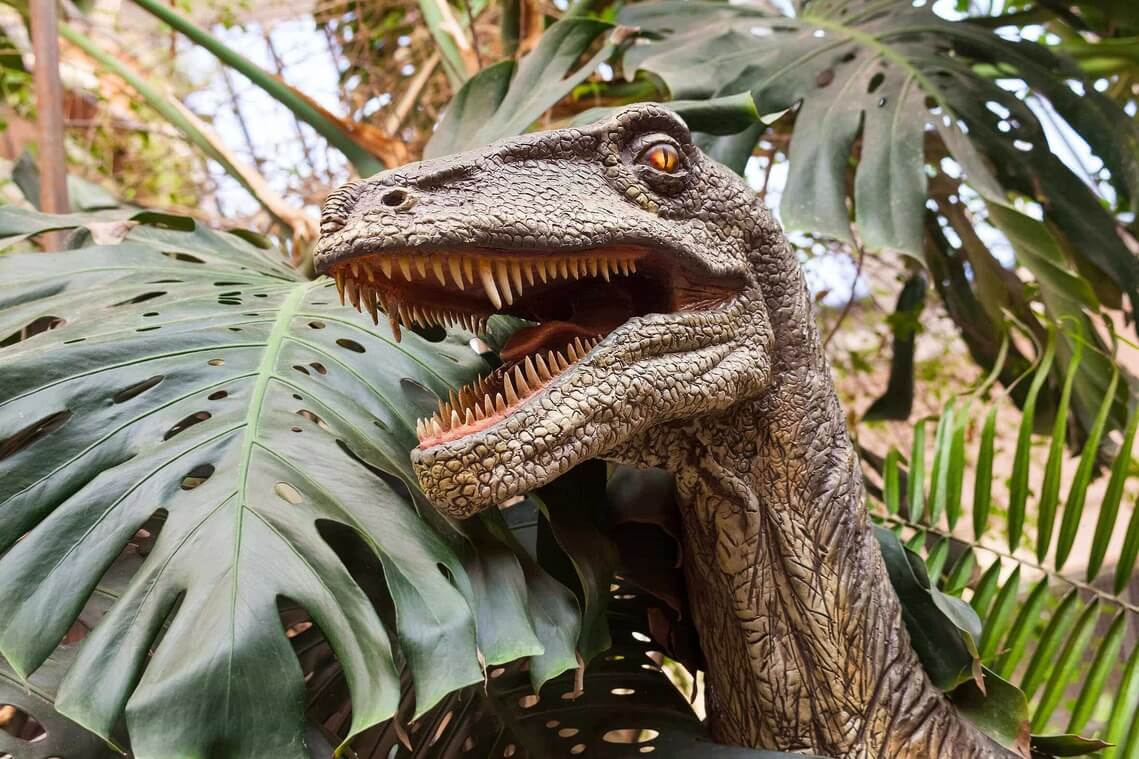 Have the adventure of a lifetime in just one weekend. From May 25 to September 2, witness Jurassic Park come to life in Houston, Texas.

TXU Energy presents Dinosaurs at the Houston Zoo, an interactive exhibit that allows patrons to take an up-close look at the massive dinosaurs, re: real fossils, that once roamed earth 251 - 199.6 million years ago.

According to the Houston Zoo's website, you can go "back in time to the Mesozoic Era and explore the prehistoric landscape of Dinosaurs" presented by TXU Energy.

The exhibit consists of seventeen realistic animatronic dinosaurs set among green trees and prehistoric vegetation that can move their limbs and even spit water. Life-sized dinosaurs of the like include Utahraptor, Stegoceras, Tyrannosaurus Rex, and many more. You’ll witness evolution in its truest form with these enormous beasts next to the animals at the zoo, where you can spot the connection between these two creatures.

Zohair Ahmed, a patron who went to the event, claimed it was an event he'll never forget.

"The dinosaur exhibit was unreal," he says. "It's like a scene from the Jurassic Park movie."

As a science geek himself, he admits it was hard not to be compelled by this exhibit. He went with his big family, where all the cousins couldn't help keep their hands to themselves.

"All the younger cousins would run to the exhibit and try to touch it," says Ahmed. "To be honest, I couldn't blame them because I wanted to do the same thing. You read about them as kids and seeing them in person is a cool encounter."

Since the exhibit is much like an interactive outdoor museum, some of the dinosaurs were hidden in the bushes and/or behind the trees to give it a "scarier" and creative approach. Ahmed says it's like being in the Amazon, but "minus the animals and replaced with dinosaurs." The neatest part he claims is how each dinosaur at the exhibit has a unique background.

"You can learn if this dinosaur was a herbivore or carnivore," he continues. "I think it's very interesting how scientists know so much about dinosaurs based on their fossil. It's hard to believe that these amazing creatures roamed the earth millions of years ago."

All in all, it's like seeing dinosaur bones and the fossil halls at the National Museum of Natural History, but better.

The last thing Ahmed said about the exhibit? "It will make your imagination run wild!"

But that's just the experience. What can Rapid Wristbands give you? The souvenirs!

Visitors to the exhibit are able to purchase animal or dinosaur related wristbands. The Houston Zoo has been a customer for years, so we’re excited to be a part of this once-in-a-lifetime experience. Check out some of the kinds of wristbands they have below:

To get your wristband, make sure you buy your tickets today! Prices for the event are on their website, and an exclusive value pass is available for purchase.

If you don't want to wait, or can't visit the zoo and want to purchase your own custom wristband with a message from Rapid Wristbands, just click the button below to order.