In October 2018 Mikeal noticed her right eye was not blinking in sync with her left eye. It was so unnoticeable that even when she showed her mother it wasn't very apparent, but Mikeal knew something was off.

The following month Mikeal's mother took her to the doctor for what appeared to be pink eye. With a quick evaluation the doctor confirmed the pink eye with a prescription for eye drops, and coincidentally the eye issues subsided.

Then, in January 2019 after everything seemed to be back to normal the symptoms arose again...

In January of 2019 Mikeal noticed her right eye remained cracked (just a little) when she closed her eyes. She went back to the doctor and was told she needed more potassium in her diet. Eat bananas, they said.

The bananas did not resolve anything, and Mikeal started to feel like people did not take her seriously with what she was seeing with her eye issues.

Soon after this Mikeal fainted, but she didn't tell her mom because she didn't want to scare her.

On February 15, 2019 she lost her balance and fell randomly. Was this related to her brain health?

February 27, 2019 at 7:00am in the morning Mikeal was walking to her room, and fell down the stairs without tripping on anything. She figured she may have just been tired. She walked to school and went on with her day. Towards the end of the day, she was laughing with her friends and noticed she could not feel the right side of her face. She went to the bathroom and saw that the right side of her face was paralyzed. That afternoon she showed her mom her face and they both agreed it was most likely a case of Bell's Palsy, but decided they would have it confirmed in the Emergency Room. They arrived at the ER and were rushed to the back. Mikeal went through a lot of neurological tests before getting a CT Scan. Less than 30 mins later Mikeal was told that she had a “mass” in her brain. However, she was transported to the Washington Hospital Center because she was 18.

She received an MRI there and was told the mass was DIPG, a childhood illness and sent back to Children’s where she was admitted at 5:00am to the PICU (Pediatric Intensive Care Unit).

On March 4, 2019, after a biopsy, the DIPG was officially diagnosed. 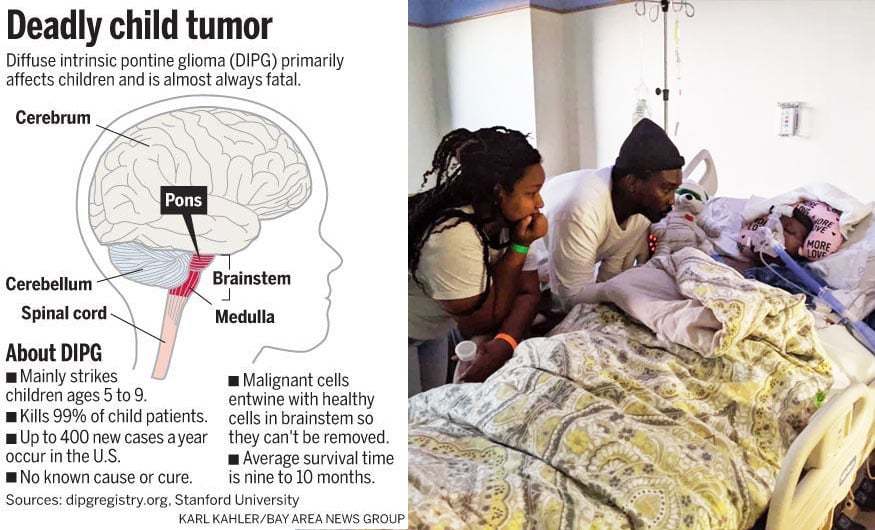 "If OUR children are our future, then why are we not fighting harder to find cures for them?"

The diagnosis was finally discovered, but the cause was yet to be determined.

Why Did This Happen?

Mikeal never got sick as a child. Her mother made sure she went to every doctor, dental, and vision appointment. Her mother even pushed for her to see a specialist when she had a simple rash.

"I've sat and thought, long and hard... I walked into The Children's Hospital with my daughter... her face partially paralyzed.  I was thinking this is Bell's Palsy... only to find out hours later there was a cancerous mass on her brain... an inoperable, incurable, untreatable cancerous mass called DIPG INSIDE OF MY CHILD'S BRAIN." -- Inika, Mikeal's Mother 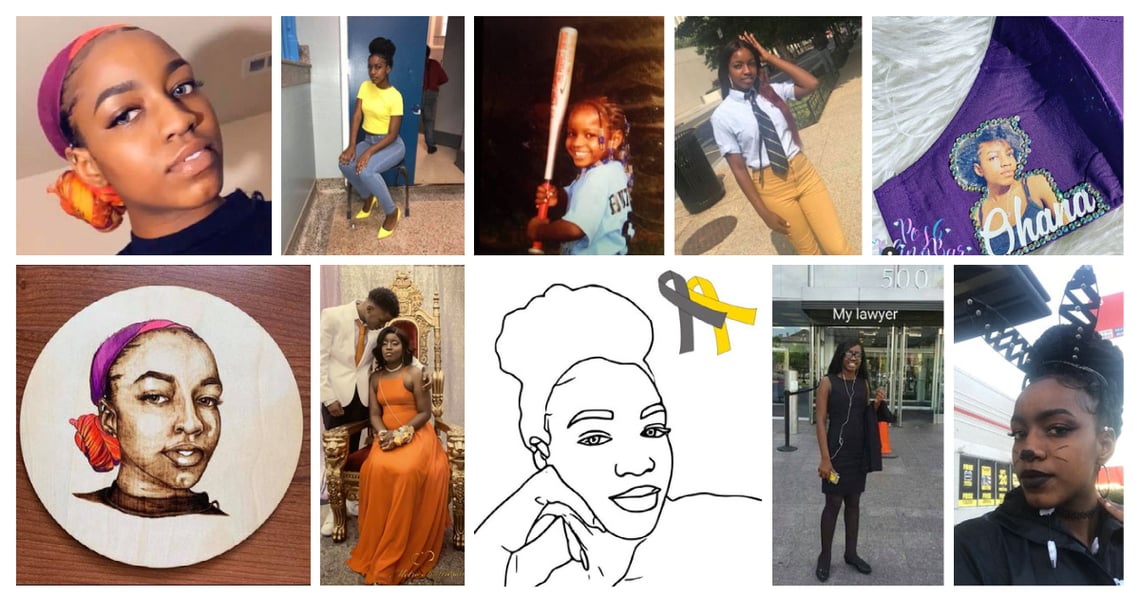 "What happened to my child?"

The list of reasons that went through Inika's mind on what could have caused this were endless...

The diagnosis was grim, but Mikeal's fighting spirit would not be deterred. She was going to go to prom, and enjoy the time she had left no matter what happened next. The video below shows just how beautiful a soul Mikeal was and how determined she was to live a normal life.

Unfortunately, the root cause of DIPG cancer is not yet known by scientists or medical doctors. The cancer is so rare that it doesn't receive enough funding for a cure or even better treatment options. Lack of research and funding have led to unimproved survival rates over the years. This has to change!

On January 8, 2020 heaven gained a new angel, and Mikeal's struggle came to an end on her terms.

Thinking of Mikeal as she gained her wings our thoughts are with your family & friends... DIPG 😢 if you would like to donate 🙏https://t.co/zXX3WPtndT pic.twitter.com/PnSU7ApHUb

Her mother decided on that day to dedicate her life to fighting this beast known as DIPG and humbly asking everyone to provide Mikeal one last celebration... her end of life celebration!

Inika started the Miracle for Mikeal's Legacy Foundation to unite those suffering from DIPG and bring more warriors together to help fight for a cure.

One of the ways Inika remembers Mikeal is through wristbands. The purpose of these wristbands is to raise awareness for the deadly brain cancer known as DIPG. Additionally, they serve as a reminder of Mikeal's struggle with this disease and the legacy she leaves behind. She was a warrior who never stopped fighting.

March, May, and June are the months when campaigning to raise awareness for brain injuries and brain health are in full effect, and paramount to getting more involvement from others.

How Can I Help?

The Miracle for Mikeal's Legacy Foundation Wristbands are handed out at places with high foot traffic like malls, and given to children fighting similar battles in hospitals throughout the country.

Please share Mikeal's story with others, and help Inika get more eyes on this cause. Pass out some wristbands, organize a meetup, or donate to her foundation to help extinguish DIPG Brain Cancer from this world.
"Supporting The Fighters. Admiring The Survivors. Honoring The Taken. And never, ever giving up Hope." -- Someone Smart

The video below was provided to us by Inika, and we were truly moved by her words and the experience she shared.