For our third post in our Black History Month series (part one, part two), we want to celebrate a largely unsung American hero… Octavius Catto, an African American leader who struggled against slavery, segregation, and discrimination in transportation, sports, politics, and society.

Octavius Valentine Catto was born in Charleston, South Carolina, on February 22, 1839. His mother, Sarah Isabella Cain, was a free woman, and his father, William Catto, was a slave who gained his freedom and became a prominent Presbyterian minister. The family relocated to Philadelphia in 1850, and his father became the pastor at First African Presbyterian Church, which opened in 1807, and is still open today. From his influential position as Reverend of the First African Presbyterian Church, Catto’s father became an outspoken advocate for emancipation, education for African Americans, and the right of blacks to vote. Young Octavius would follow in his father’s activist footsteps for the rest of his life.

Catto was an exceptionally gifted student. He graduated as the valedictorian of the Institute for Colored Youth’s class of 1858. During his time at ICY, he was already presenting noteworthy speeches and becoming recognized as a future community leader. Immediately after graduation in 1859, Catto was hired as a teacher at the Institute, where he taught mathematics and English.

AN ACTIVIST AND RENAISSANCE MAN

His various intellectual pursuits included founding the Banneker Literary Institute and being inducted into The Franklin Institute, a scientific organization, which attracted inventors and scientists from around the world. Catto also was an accomplished baseball shortstop and player-coach and was the founder and captain of Pythian Baseball Club, which was an attempt to break down racial barriers and integrate baseball. He also sought to desegregate trolley cars, increase voting opportunities for African Americans, the latter of which would eventually lead to his murder.

His boldest and greatest accomplishments, however, were in the political arena. As a staunch supporter of the Union cause and the Lincoln Administration, Catto worked in the inner circles of the Republican Party to gain civil liberties for blacks and in support of the war effort.

When the Confederate Army invaded Pennsylvania in 1863, culminating in the Battle of Gettysburg, Catto responded to the call for emergency troops by raising one of the first volunteer companies, the 5th Brigade of the Pennsylvania National Guard. He served as major and inspector general in the brigade. He helped raise eleven regiments of “Colored Troops” in Pennsylvania who were then trained at Camp William Penn before being sent to the war front.

Catto also led efforts to gain equal access to public transportation using passive resistance and political influence. He joined the Pennsylvania Equal Rights League to help blacks gain the right to vote. In 1864, he and other black leaders from all over the country met at the National Convention of Colored Men in Syracuse, New York and established the National Equal Rights League (NERL) with Frederick Douglas as president. The NERL focused on removing racial barriers in Union states. 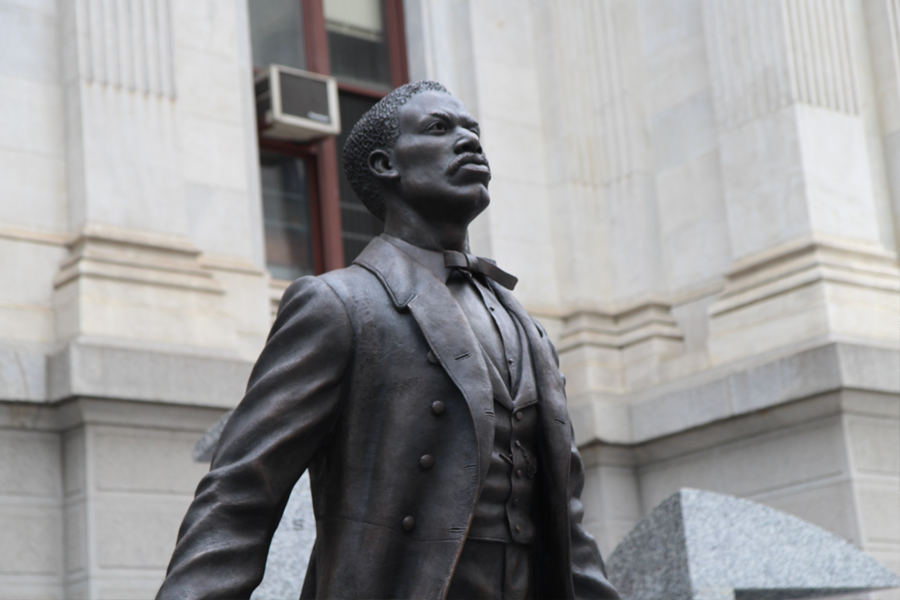 Just over 150 years ago, on February 3, 1870, the Fifteenth Amendment to the United States Constitution was passed. It reads as follows:

Section 2: The Congress shall have the power to enforce this article by appropriate legislation.

For men like Catto, this was both a sign of great progress, as well as motivation to keep working for equality. The government was finally acknowledging that all men are truly equal. Now the work to get the government to act like all men are equal would begin. Unfortunately, this would put Catto in the literal crosshairs of those who would stop at nothing to suppress the black vote.

GIVING HIS LIFE SO OTHERS CAN VOTE

On Election Day, October 10, 1871, the first election after the signing of the Fifteenth Amendment, violence and murder erupted in Philadelphia, as gangs of white thugs roamed the black community, seeking to discourage residents from voting. Local police fueled the situation by not providing protection for black residents.

As Catto walked down his street, Frank Kelly recognized him as one of the organizers that was forking to get blacks to vote and fired several shots at him with one bullet piercing his heart and killing him. Catto was pronounced dead at a local police station, where his body had been carried. His murder produced both a public outcry and revealed the paradox of justice in a community still steeped with racism.

Frank Kelly was never convicted of Octavius Catto’s murder. He escaped Philadelphia after the shooting. He was found six years later in Chicago and extradited to Philadelphia for trial, but despite testimonies from multiple eyewitnesses, he was acquitted by the all-white jury.

Catto never married. He was engaged to Sarah LeCount but was killed before the wedding could take place. His funeral procession down Broad Street to Lebanon Cemetery was viewed by more than five thousand people.

In 1917, the City of Philadelphia erected a 12-foot statue of Catto to memorialize him, and to make sure he is never forgotten.

The Encyclopedia of Greater Philadelphia

The Institute for Colored Youth

The Association for Public Art

The Triumph and Tragedy of O.V. Catto